One day Evan Ricks came to me and asked me to write a creative piece introducing him and his company in both English and Chinese.  He showed me his studio and the amazing works he did.  But he felt clueless how to promote himself and his company.

With the aim of establishing his authority in the film industry in mind, I wrote two bilingual pieces, one for his personal branding and the other for his company.

The first piece is a creative showcase of Mr. Ricks's past experience and highlights of his achievement in Hollywood and other parts of the world. 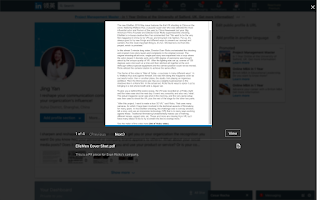 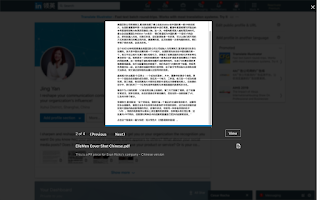 The second is a PR piece for Mr. Ricks' company by telling a story of his latest cooperation with a famous movie star in China. 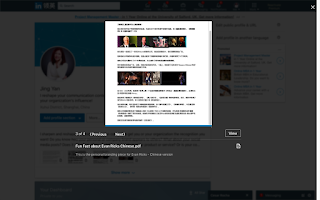 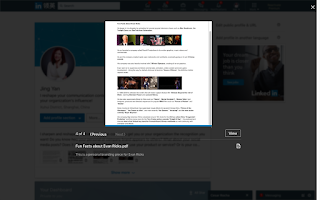 The above pieces were written from scratch after a short exchange of SMSs and access to his existing materials from the company website. Both of the copies achieved the goal to establish Mr. Ricks as the top leader in the film industry as well as connect with and attract more projects from both global and local market. Mr. Ricks couldn't be more happy with the result. See his testimonial here.

Get more updates by following me on LinkedIn and Twitter.
Posted by Jing Yan at 8:46 PM

Check out my new 30 doodles challenge of a fun project that shares my thoughts and inspirations on business, career and life situations.

While stay tuned for my podcast where I interview people around the world bi-monthly or monthly for effective tips to navigate the challenges in business, life and career situations. Enjoy.